After several weeks of no energy, thanks to Mr. H Pylori, the antibiotics I’m taking finally seem to be working.  I’m actually feeling somewhat human again!  I’m looking forward to seeing some other humans besides my most excellent nurse, Cookie!  I’ve been keeping a low profile for the past several weeks, since H Pylori is considered to be so highly contagious.  After all I went through the last couple of weeks, I didn’t want anyone else catching the bug; they might come looking for paybackye might  and come looking for some payback!

Since I’m feeling better, the last few days I’ve been doing some weeding.  Our backyard is host to a variety of weeds, most of which I usually ignore.  But there is one weed that is both prolific and nasty, and it has quickly spread all over our yard.  There’s very few things I dislike about West Texas, but this particular weed is at the top of my list.  I don’t know what the botanists call it, but I have a name for it; let’s just say its unprintable, and leave it at that.

A few weeks ago, we noticed there were miniature landmines appearing on the carpet.  They were burrs, brought in by characters like this: 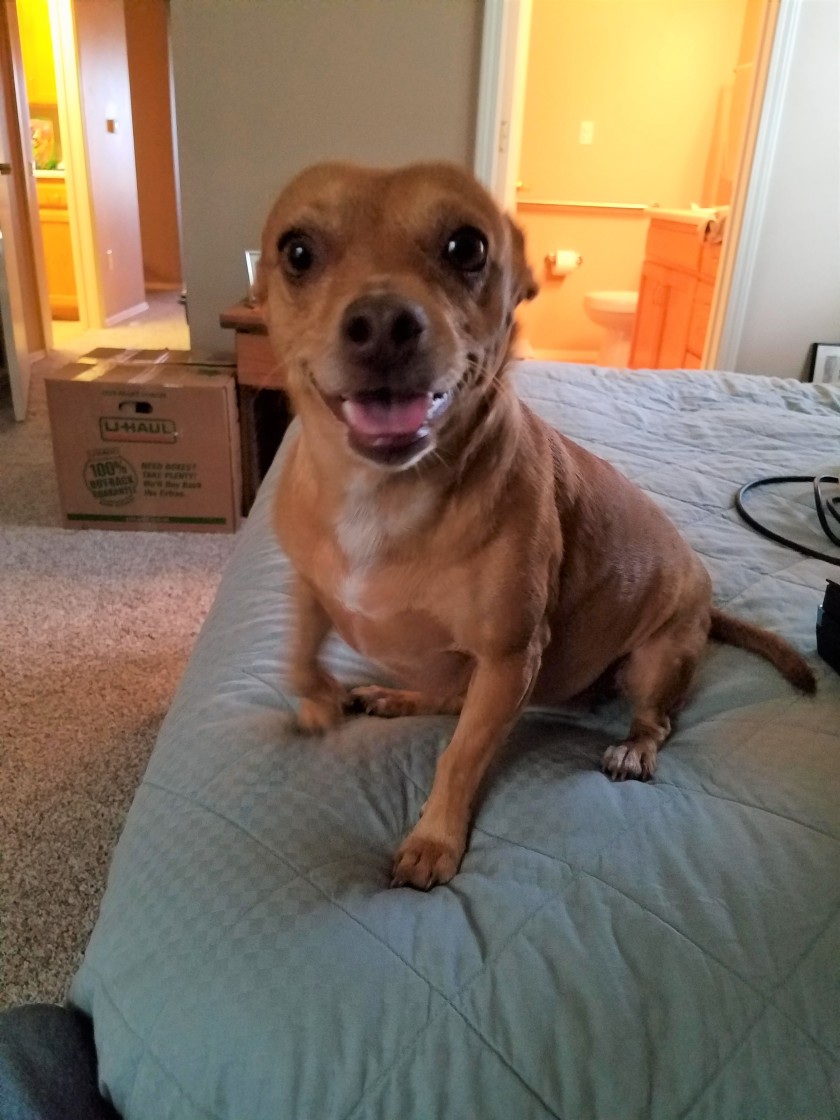 After incurring several burrs in our feet,  we quickly learned that walking barefoot on the carpet was no longer an option.  It was time to declare war!

Like all wars, the costs have been high.  There’s been many casualties incurred on both sides.  My hands have been pierced so many times, they feel just like pin cushions.  But the battle continues, and I’m happy to say that I’m making some progress.  Or at least I was until the heavy rainfall moved in.  I had regained large swaths of the lawn from the prickly invaders, and had greatly reduced the burrs coming into our house.  But the heavy rain has given new life to the wily invaders, and I’m beginning to think the momentum of the battle has turned.

Looking at things from the view of the weeds, I suppose they think that we’re the invaders.  After all, they were here long before we arrived.  And, you can’t fault them for being defensive; they’re just being a weed.  They have long memories of humans bent on their total eradication, though none of those attempts have been even remotely successful.  Simply put, they have us totally outnumbered.  Even Jesus told his disciples not to mess with the rascals, because the wheat would just go go down with the weeds.

So, what are we do do when weeds enter into our life?  Well, whatever we choose to do, it probably won’t matter.  The weeds will be here until the sun goes nova and scorches the earth.  And, I’m willing to bet you that some weeds will survive.  They’ll be the ones that regenerate the earth,  so that they can annoy a whole new species of farmers.  They can’t help themselves, their weedy DNA is just programmed that way

Weeds: We can cut them, pull them, freeze them, burn them, and douse them with the nastiest poisons known to humans.  And all the weeds have to say to us is: “Is that all that you got?”  Not to mention, in doing so, we’re poisoning ourselves.  Jesus was right on when he told his disciples not to mess with the weeds.  Jesus knew that with that kind of resilience, they’d be around for a while.  Perhaps you might think about it this way:            Instead of “Weed-be Gone”, it’ll be “We-be Gone”.  Don’t know about y’all, but I’m putting my money down on the weeds.