No matter what malady I’ve had over the years, (and I’ve had plenty), every doctor always mentions four words: “You need to exercise.”   I’ve come to believe that the most muscle-toned model of personal fitness could walk into any doctor’s office and hear those exact words; “You need more exercise.”  Even when my exercising contributed to the malady in question, I was told, “You need more exercise-but don’t overdo it!”

Now, I do like to exercise, don’t get me wrong.  I use to run, but my knees protest too much when I do.  I’ve turned to taking long walks each day and lifting some weights.  I am in a long and costly battle to maintain my waistline and the causalities have been many.  My doctors keep after me to exercise, but they’re all younger than me.  They haven’t learned yet what gravity can do to a person!

Lately I’ve been thinking about the coming of summer.  During the fall, and into the winter, I’ve been walking during the afternoon hours.  But it won’t be long and we’ll be into the heat of the summer, here in Texas.  There’s no way I’ll be able to walk in that heat.  They’d find me on the sidewalk, a withered and desiccated old man.  Or perhaps the blessed sand of the Permian Basin would just cover me over!

The problem is that I like to move slowly when I get up in the morning.  I have my routine; coffee, TV news, Cookie, dogs, meds, breakfast, and all of a sudden it’s noon or later!  Walking in the morning before it gets hot will put a sizable crimp in my schedule. Of course there are a couple of other options.  I could just give up the exercise, but my Doctor would catch on pretty fast.  After all, when I arrive at the office, the first thing they do is weigh me!  And speaking of that, why does their scale always make me heavier than the one I use at home?  What’s up with that?

I could also join a health club, and walk in the air conditioned comfort such places provide.  But then I have to pay for my exercise.  Somehow that seems incredibly wrong.  Call me cheap, but I’m not paying for exercise, nor am I paying for pain.  That’s something I can do to myself. 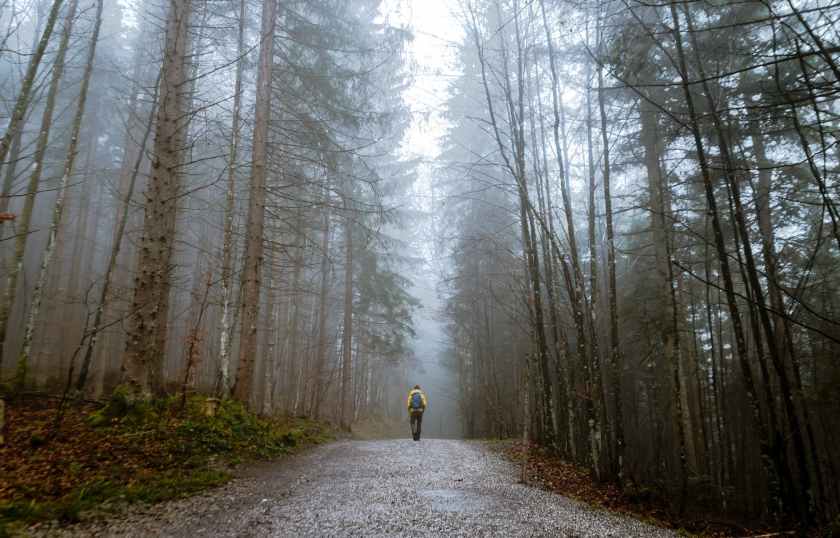 What a conundrum.  It appears the best option is get up before dawn and to hope for the best.  Or, I suppose I could become a professional mall-walker, but that would aggravate my aversion to shopping.  How in the world did my life get so complicated?  I haven’t made a decision yet, and I’m already worn out.  What would Jesus do?  I suppose he’d probably call on his disciple, the physician Luke.  I doubt Luke ever weighed the Son of God, but he did join him on his walks.  Hmmmm.