I’ve been thinking a lot about trust this week.  Having dementia, trust is always an issue.  “Do I trust myself to drive the car today?”  “Do I trust my memory, if I don’t write this down?”  Things I never used to think about, those things I took for granted, seem no longer set in stone.  These thoughts have led me to those four words, “IN GOD WE TRUST” 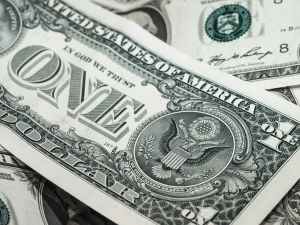 Those four words can be found on the back of all of our US currency.  We’ve seen the words so often, they’re often overlooked.  And, with the move to credit cards and electronic payments, we’re seeing them less and less.  Still, there’s that somewhat cynical old saying, “In God We Trust; all others must pay cash.”

Trust is a very important thing.  Trust allows us to live with one another.  It is a precious thing, that binds society together.  When trust is absent, there comes a lack of faith.  And,  a lack of faith and trust usually results in fear.  If we can’t trust someone, we begin to think, “What harm might they want to do to us?”

The lack of trust in one another often leads to cynicism, “If you can’t trust so and so, well then, who can you trust?”  I expect that most of us bear the emotional scars of dealing with mistrust.  Once trust is lost in another person, or institution, it’s often hard to get it back.  Forgiveness can be extremely hard to give, when one’s trust has been broken.  “To err is human, to forgive is divine.”  So wrote spoke Alexander Pope, many years ago.  Notice that he didn’t say we had to be divine to do it, but that the act of forgiveness itself was divine.

It can be extremely hard to trust in God when bad things happen.  Experiencing the onset of dementia has been very hard for me to fathom.  And of course, I often wish my life had gone a different way.  But there’s also things that I’ve learned, in the course of my dementia.  One of those things is that, “In God I Trust” is much bigger than dementia. And perhaps it’s bigger than those hard things in your life that you might be facing.

Sometimes I trust in God, and where it is he’s leading.  Other times, I’m not so sure I want to follow his directions.  The path is sometimes pretty cool, and at other times somewhat frightening.  But to trust in God, is to trust that what sometimes seems to be an awful mess is actually the very best direction.