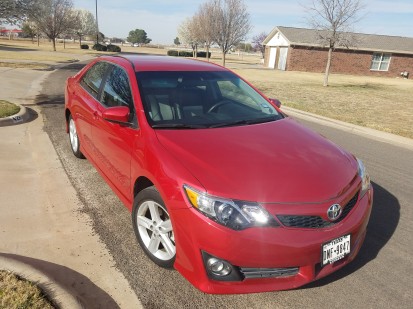 You might recall our earlier campaign to sell our Toyota Camry a few months back.  After a few nibbles and some inquiries as to whether “we took payments”, we decided to hang on to the car for the time being   The new plan was, we would use it to help with the move, and then sell it when we were settled in Lewisville.  It seemed like a pretty good plan, since we would be hauling three Chihuahuas in their crates. But the Lord had other ideas… 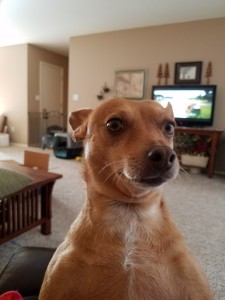 A few days ago I received a note via Messenger, asking if we had sold the Toyota yet.  I replied that we hadn’t, and asked where she had seen it for sale.  Well, it seems that even though I had cancelled the car ad on Facebook several weeks ago, it was still wandering around on the Web.  In chatting with her, I learned that it was actually her younger sister who needed a car.  The younger sister lived in the greater Lubbock area, and their house had been damaged by softball size hailstones.  The hail had damaged their house and roof, broken out windows and caused various other problems.  On top of all that, the hail completely totaled two of their cars!

The younger sister had picked up her kids from their sitter, and had driven into their yard just as the hailstones arrived.  They escaped without serious injury, but the cars and the house were heavily damaged.  They are dealing with insurance adjusters and bankers and such, trying to keep up with the pile of paper work.

There are times in one’s life when one feels that certain events occur for a reason.  Perhaps we might just call it faith.  It occurred to Cookie and I that perhaps the car hadn’t sold yet because it was going to be needed by some other family, that we would eventually meet.  I sent them plenty of car pics, and the two sisters and their father drove down yesterday and picked up the car.  I have to tell you, hugs were exchanged!

I think it was a powerful moment, in all of our lives.  I had never talked to the new owner until she picked up the car.  Her older sister and I messaged and emailed, consulted with our respective families, and everything worked out.  We were glad we could help with one of their challenges-Lord knows right now they have many! 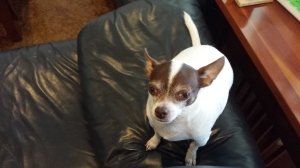 Of course the Chihuahuas weren’t able to vote.  It’ll be a tight ride with dogs in their crates and both Cookie and I.  But I suspect such things have been figured already and we’ll get to Lewisville just fine.  In the church, we sometimes call them “God-things.”  I hope that each of you all know that they can come anytime!