I don’t know if its common to all dementia-related conditions, but for me, time has slowed down considerably.  I suspect part of this phenomena is related to the meds I am taking, and part is the disease itself.  Either way, time is moving much slower, frequently interfering with my ability to think clearly.  I can fuss over things now that used to be easy decisions.  This facet of the dementia is becoming more pronounced as time passes by.

Cookie and I have been packing, here at our place, preparing for our moving in June.  Cookie packs a lot faster than I do, as I tend to get sidetracked so easily.  We’re trying to get as much done as we can, even though we won’t be moving till the end of June.  However, the month of June is going to be busy for us, as I will be up north in Michigan with my brother and friends for 10 days; I am then meeting Cookie in Madison, Wisconsin, so we can hang out with Daughter Chana and her husband Mike, and attend Chana’s baby shower.  By the time we get home, we’ll have just a few days to finish packing before the moving truck arrives!

Cookie and I are veteran movers, having moved a number of times in our lives.  However, this time is going to be a lot different, as we’re downsizing into a two bedroom apartment.  We are letting go of a lot of our things, since we won’t have room for them.  We are doing that great American tradition called “downsizing”, which I’m sure many of you have ample experience with.

My father lived in the house I grew up in until pretty much the day that he died.  It was  left to my brothers and I to empty the house my father lived in for sixty some years.  Most of his stuff had to be tossed, and pretty much filled up a dumpster.  They say that one man’s trash is another man’s treasure, but we saw little evidence of that.  The things that he owned, his tools and his hobbies, were only of real value to him.  His family and friends were the true treasure he had, and that is what he valued the most.

Perhaps I’m beginning to feel the cold inklings of winter, as I slowly pack up my things.  I know that sounds crazy, since it is currently 90 degrees outside.  But the chill I am writing about is the certain knowledge of the passing of seasons.  It’s an inner chill if you will, or as the great Detroit rocker Bob Seger crooned, “Autumn closing in.”

All in all, I don’t think that a bad thing.  It’s just life, and we all have traverse its seasons.  It’s just different now, because time is passing so quickly.  I now understand why my parents were always telling me to slow down, when I was going a mile a minute.  They knew how life had slammed on the brakes, as they lived and grew older.  But who listens to their parents’ advice, when they’re running off in several directions? 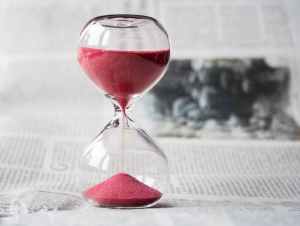