What’s the worst thing that can happen to you when you’re moving?  I’m sure a number of things will cross your mind.  Damaged goods, tardy movers, pouring rain and blowing snow, the list is probably endless.  But yesterday, we topped them all.  We discovered that our moving company has gone out of business.  No notice, no phone call, no apologies, they just disappeared.  Our scheduled move on the last weekend of June was no longer in service. 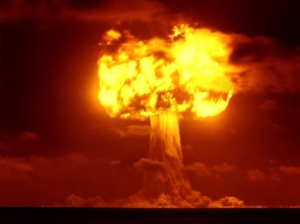 We had contracted with Red Carpet Movers a few months ago to have them move us.  I had a couple of phone calls with them, beginning in early April, and another in late May, to add some items to the manifest.  The woman I spoke with both times had added the items and assured me that the move was on schedule.

As if moving isn’t stressful enough!  Red Carpet Movers is a national franchiser, but finding someone who knows something about it isn’t so easy.  I think the worse thing was that nobody called us.  On June 29th, we would have been waiting for the movers to come.  And waiting, and waiting, and waiting!

But the Lord was with us.  As I was surfing the web, I discovered another company called “Red Carpet Moving”, with an office in Dallas.  I dialed them up and explained what had happened.  The guy that I spoke with was familiar with Red Carpet Movers,  but hadn’t heard that they’d closed.  Thankfully, he is able to move us.  He did tell Cookie this morning that he confirmed that the other mover had gone out of business.  Thankfully, we hadn’t had to put down a deposit!

Needless to say, today is much calmer.  Yesterday at this time, our heads were pretty much up on the ceiling.  Can I confess to you that each of us had a moving experience?

Blessings, and now back to our packing!